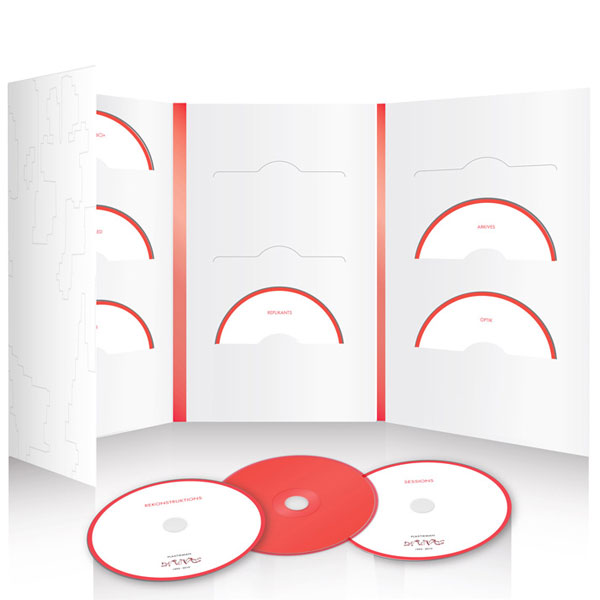 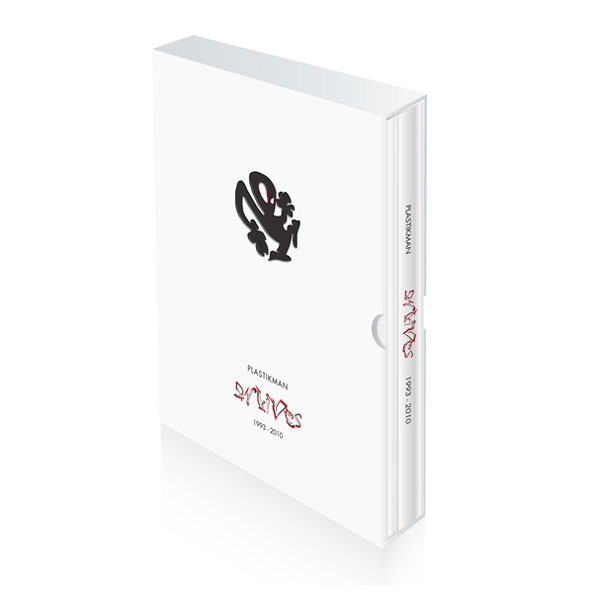 PRE-ORDER ITEM : Expected January 1st 1970. This item will only be shipped to you on or after the official release date. Please note any orders containing pre-order items won't be shipped until all items are available, so please order this separately to avoid delays. Please remember that release dates are at the mercy of labels, distributors, and pressing plants and will change constantly.
17 years of Richie Hawtin’s alter ego Plastikman in one super-limited, luxurious box comprising 11 CDs, 1 DVD and a book!

Richie Hawtin's triumphant return to the stage as Plastikman in 2010 proved that his best-known alias is as innovative and as relevant as ever. Hawtin has taken Plastikman's most classic material, originally released between 1993 and 2003, and reworked it for a truly live performance accompanied by mind-bending, synchronized visuals-a sound and light show like no other, one that collapses the distance between present-day festivals and the uncompromisingly underground warehouse parties of the mid '90s. For many attendees, this is their first taste of Plastikman. Since 2003, Hawtin has been far better known simply as Richie Hawtin, the celebrated DJ and mastermind behind the Minus label. Some fans today were still infants when Plastikman's acid ripple first began streaming from Hawtin's basement studio in Windsor, Ontario, Canada. For long-time devotees and new fans alike, Hawtin now presents Plastikman's Arkives, a comprehensive box set that pulls together all 17 years of the Plastikman story so far, including remastered versions of all six previously released Plastikman albums and a trove of rarities, unreleased sessions and new material. Arkives, which is a strictly limited, made-to-order edition -only as many copies will be manufactured as have been pre-ordered- Arkives Reference, the main personalized edition, features 11 CDs and 1 DVD. The deluxe packaging includes a slipcase with foldout sleeves for all 12 discs, plus a 64-page book that tells the Plastikman story in archival photos and a newly commissioned text. The set includes newly remastered versions of all six previously released Plastikman albums-Sheet One, Musik, Recycled Plastik, Consumed, Artifakts (B.C.), and Closer-and five further CDs of rare and unreleased material: Rekonstruktions collects Plastikman's classic and hard-to-find remixes for other artists, including La Funk Mob, System 7, New Order, Depeche Mode, Hardfloor, and even an unreleased remix of his own Robotman project. Replikants features all-new remixes specially commissioned for the project, in which Hawtin's influences and heroes rework Plastikman's back catalog. Reaching far beyond the world of techno, the disc features luminaries such as Vince Clarke, Cliff Martinez, François Kevorkian, Moby, Chris & Cosey, Severed Heads, Flood, and Mute's Daniel Miller & Gareth Jones. Two further CDs contain previously unreleased material. One features the never-before heard, complete recording session from which "Spastik" emerged, along with an unreleased John Peel in-studio live session. Still more previously unreleased Plastikman material follows on the second of these CDs, including the soon-to-be-released single "Slinky." Finally, Nostalgik collects rare, out-of-print, vinyl-only editions and bonus Plastikman tracks. In addition to the CDs, Optik is a DVD of classic & rare Plastikman videos plus previously unreleased footage of Plastikman live at Glastonbury, 1995 and Plastikman live at Mutek, Montreal, 2003. Arkives Reference also includes a digital download code redeemable at mnus. com, which will unlock additional material not included on the CDs (or other Arkives editions), insuring that each collector receives the most complete Plastikman Arkives to date. Just as Hawtin and his crew used to cap admission to their underground parties, Arkives' edition will be strictly limited to the pre-orders received. It's a once in a lifetime chance to experience the full sweep of Plastikman's journey so far.