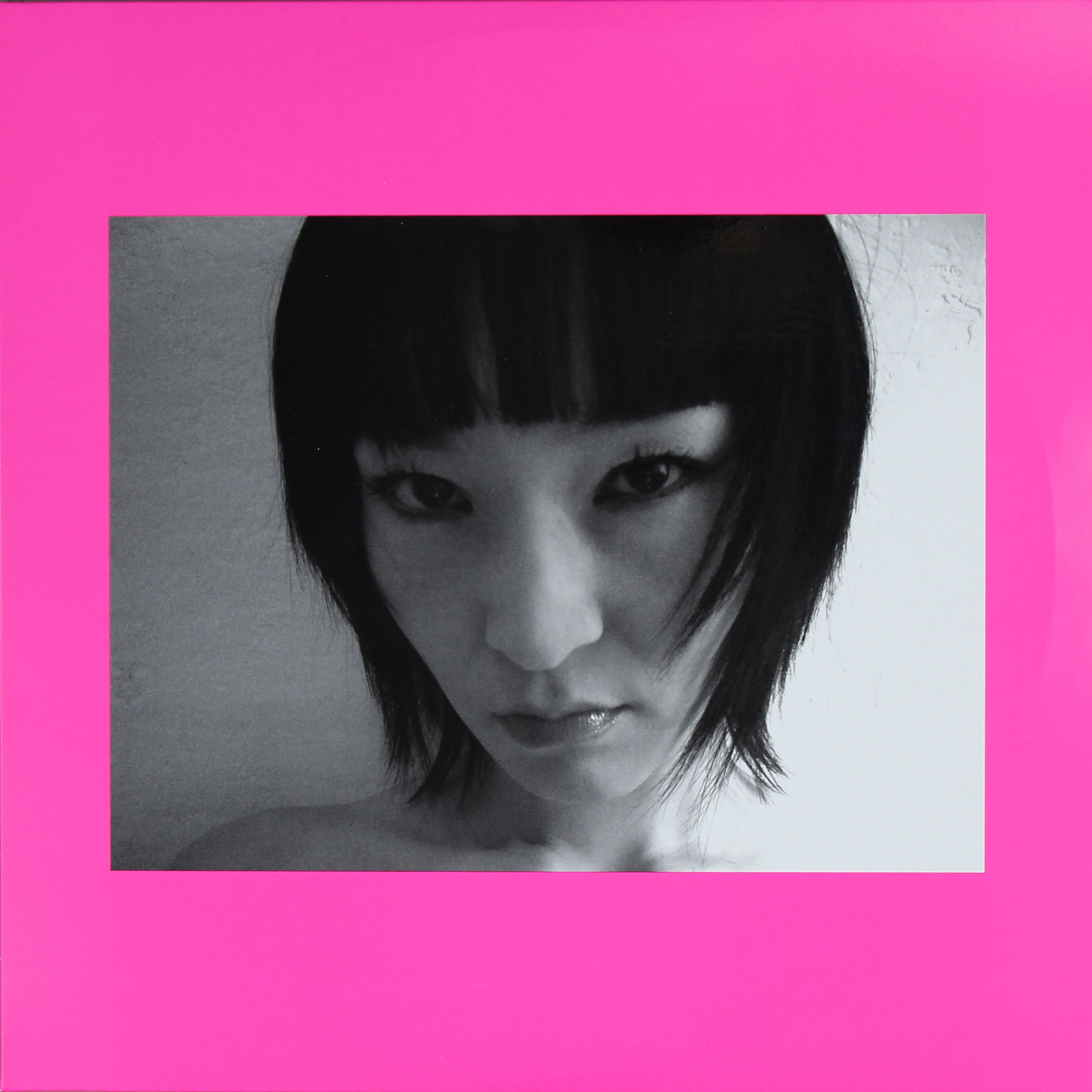 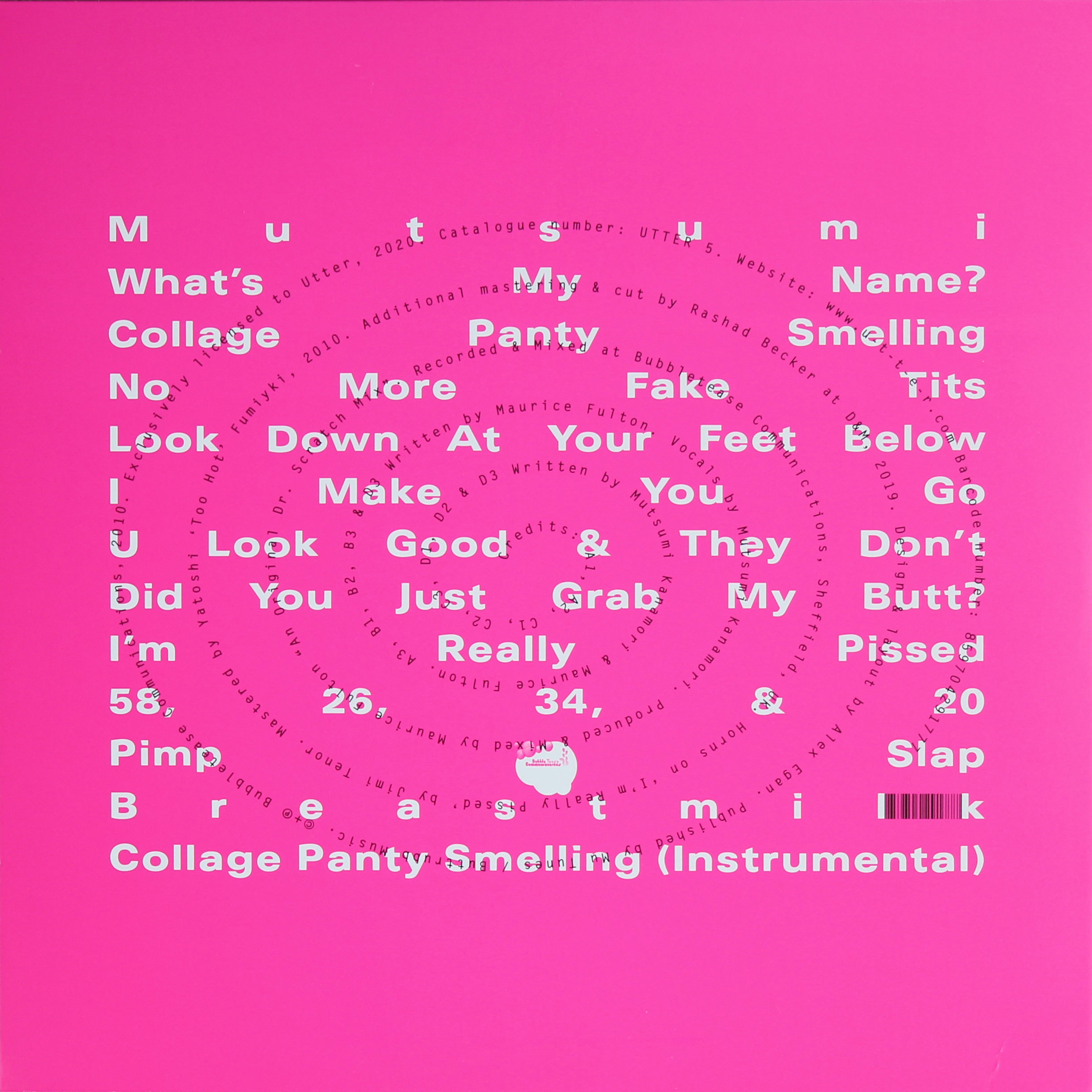 PRE-ORDER ITEM : Expected March 17th 2020. This item will only be shipped to you on or after the official release date. Please note any orders containing pre-order items won't be shipped until all items are available, so please order this separately to avoid delays. Please remember that release dates are at the mercy of labels, distributors, and pressing plants and will change constantly.

Ten years on from its digital-only release, Utter presents ‘Mutsumi’, the infamous third Mu album on vinyl for the first time.

What can we say? This is possibly the most bonkers and ‘out there’ Maurice Fulton has gone production-wise and for those of you familiar with his vast back-catalogue, that is saying something!

Under the name Mu, Mutsumi Kanamori recorded two genre-busting long-players with Fulton before this of course; 2003’s ‘Afro Finger & Gel’ (which featured frenetic drum-workout ‘Let’s Get Sick’) and its spiky 2005 follow-up ‘Out Of Breach (Manchester’s Revenge)’. The latter’s chicken-squawking single ‘Paris Hilton’ became a cult club hit championed by DJs across the board from 2manydjs and Optimo to Dave Clarke and Sven Väth.

For this third album, Mu switched to her full forename, Mutsumi, and with the extremity of tracks such as thrash-metal screecher ‘U Look Good & They Don’t’ and ‘I’m Really Pissed’, the duo took the project’s intense punk influences even further. This isn’t a record for the faint-hearted, that’s for sure.

Needless to say, there’s no shortage of Maurice’s signature ‘Fulton Funk’ present either and the album is crammed with rump-shakers like ‘Collage Panty Smelling’, ‘Did You Just Grab My Butt?’ (itself a sort of twisted homage to Tilt’s ‘Arkade Funk’) and ‘Pimp Slap’. We’re sure ‘Look Down At Your Feet Below’ and ‘58, 26, 34 & 20’ will already be well-known on dancefloors around the world, thanks to Gerd Janson plucking them from online obscurity for a 12” on his Running Back label in 2014. If that wasn’t enough, Kanamori and Fulton display their talents within a variety of other styles, with sprinkles of sub-heavy Hip-Hop (‘I Make You Go’, ‘Say My Name’), Kraftwerkian melody (‘Breastmilk’) and even Country (the hilarious ‘No More Fake Tits’) found in between the club bangers. As an added sweetener we’ve included Maurice’s own instrumental version of ‘Collage Panty Smelling’ too.

Even a full decade after its initial digital release, it’s an album that still bristles with raw energy and creativity. The Mu(tsumi) project may well be over - we’d love to be wrong on that - yet across three vibrant albums Mutsumi & Maurice can certainly lay claim to developing one of the most original, exhilarating and downright fun partnerships in electronic music.

Limited 2xLP in fluorescent pink sleeve plus A4 insert.
Remastered & cut by Rashad Becker at D&M.